Seattle is now one of the top two tech markets in the nation, according to a new report from real estate services company CBRE, behind only San Francisco, thanks to booming homegrown companies and a vast roster of out-of-town companies setting up shop here to recruit the city’s highly educated talent base.CBRE’s annual Scoring Tech Talent report uses 13 metrics like number of tech employees, population trends, wages, education levels, housing and business costs to rank the top metro areas for tech. Seattle came in third last year behind San Francisco and Washington, D.C.

One of the most widely used technologies in mobile computing is getting an important upgrade that could accelerate the development of the smart home and industrial internet.

The Bluetooth Special Interest Group, the Kirkland, Wash.-based group that enforces compatibility among the billions of devices that use the short-range Bluetooth wireless technology, plans to announce Tuesday that the standard now supports mesh networking.

Mesh networks connect a variety of access points and devices across a distributed network, rather than the one-to-one connection that currently exists between your smartphone and that headset that makes you look ridiculous.

This approach dramatically improves the range and reliability of a wireless network, since information can be relayed across several different devices rather than having to stretch between two far-apart devices. And if part of the network goes offline, mesh technology has the capability to route around that outage and still carry out its original mission. Wi-Fi networks have also been getting in on this mesh networking act, which has an additional bonus: mesh networks are much easier to set up than traditional wireless networks.

The new standard builds on Bluetooth 4.0, so most existing smartphones and tablets should be able to recognize devices built for mesh networks and manage them, said Ken Kolderup, vice president of marketing for the Bluetooth SIG, during a press conference Tuesday morning. Theoretically, connected device makers could also take advantage of the new mesh networking technology if they designed their products to accommodate Bluetooth upgrades, he said. 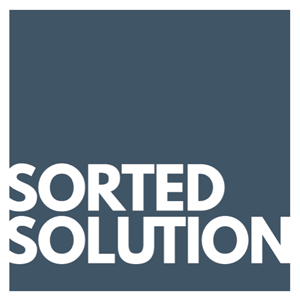 h J R
Sorted Solution @sortedsol The Most Famous Home in Every State (Plus D.C.) https://t.co/Z4ubzGwrVj